1972 university graduate Annalisa (invented name- Ed.) would certainly never have thought she would get one of the rarest medical conditions in the world…  immune-mediated inflammatory demyelinating polyneuropathy, an autoimmune disease. The length of the name alone could be enough to put patients off.

The sixty-nine year-old housewife lives near Treviso with her husband. Before entering the menopause at 45 years of age, she was had two children who in turn provided the couple originating from Salerno with two grandchildren. It is her husband, Angelo who clearly remembers all the stages of his wife’s illness.

“She was confined to her bed for almost two years, fed through a percutaneous endoscopic gastrostomy and had to use a catheter for the whole period,” and “every time she was put in her wheelchair using a harness system, the whole weight of her body was concentrated on her pelvis, and I think that is what may have contributed to her uterine prolapse.”

It was a third-degree prolapse, the kind that usually requires surgery “in our case it was unthinkable,” explained Annalisa, “so the doctors decided to try a pessary, and we bought one from your online store. We started off using a rubber one, but it had to be replaced every three to four months, then I was recommended a silicone pessary, which is far more flexible and comfortable.”

Two years later “although she will never recover complete neurological sphincter control, the mechanical stimulus is far more manageable,” said Angelo, before concluding “yes, because my wife forgot to tell you that she is now completely self-sufficient: she is no longer in bed, she can walk and the pessary therapy is working really well, in fact the only limitation is that she must be careful not to wear herself out, but she’s more active than I am now. Her recovery has been better than we ever could have expected.”

So all that’s left to do not is plan an outing “fortunately, we live in a beautiful place and since I still have to lose about eight kilos from my year in hospital,” confided Annalisa, “we will make the most of the chance to go for long walks.” 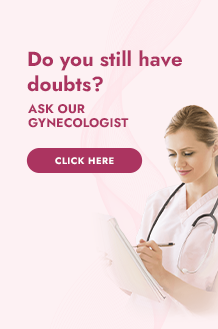